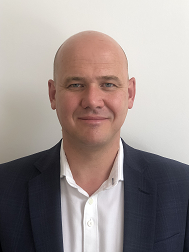 Dr. Bickle joined the Department of Psychiatry in 2019 from the United Kingdom.  He is an experienced forensic psychiatrist, having been a Responsible Clinician (Attending Physician) at low-, medium-, and high-secure psychiatric units treating transferred prisoners and other patients at heightened risk of harm to others before specialising in Correctional Psychiatry, in which role he has served ten different institutions in the UK and Canada.  He graduated from the Medical School of the University of Birmingham (UK) in 2001. He has been a Member of the Royal College of Psychiatrists (UK) since 2005 and an Honorary Assistant Professor at the University of Nottingham since 2014.  His research interests include forensic applications of non-invasive brain stimulation, correctional psychiatric services and mental health law.  In 2007, he attained a Master’s Degree in Mental Health Law with Distinction and worked for several years as an expert witness. He was one of a small number of psychiatrists in the UK approved by the National Crime Agency to advise police forces and the military.  In Canada, he has started a committee role with the Canadian ADHD Resource Alliance.  He is looking forward to teaching undergraduates, residents and multidisciplinary colleagues.