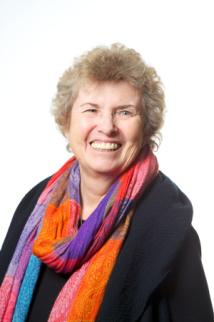 Margo Rivera, Ph.D., C.Psych., is an Associate Professor and the Director of Psychotherapy in the Department of Psychiatry, Queen’s University, and Clinical Leader of the Personality Disorders Service at Providence Care-Mental Health Services. She has worked for forty-five years as a psychotherapist with adults and children who are trauma survivors. She has lectured widely in Canada, the U.S., New Zealand, and Europe on trauma, psychotherapy, post-traumatic dissociation, and personality disorders.

She has published two books, More Alike Than Different: Treating Severely Dissociative Trauma Survivors (University of Toronto Press, 1996) and Fragment by Fragment: Feminist Perspectives on Memory and Child Sexual Abuse (Gynergy Books, 1999) on the topics of trauma and dissociation and child sexual abuse and memory.

“Segregation Is Our Prison Within the Prison”: Operational Examination of Long-term Segregation and Segregated Inmates with Mental Health Problems. Correctional Service of Canada. 2010.

“It is Your Job to Save Me.” Investigation into the Death of Inmate Ashley Smith at the Grandview Institution for Women. Correctional Service of Canada, 2008.

“I am not a disorder”: The Chrysalis Community-Based Treatment Program. Resources for Feminist Research/Documentation sur la Rechreche Feministe. Vol. 32, Nos. 1 & 2, 2007.