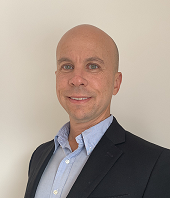 Dr. Danilo de Jesus is an Assistant Professor of Psychiatry at Queen’s University, staff psychiatrist and clinical lead of the Acute Inpatient Unit at Kingston General Hospital. Dr. Danilo de Jesus did most of his training in Brazil. He completed medical school at the Universidade Federal do Rio Grande do Norte in 2003. He subsequently entered the residency training in Psychiatry at the Grupo Hospitalar Conceicao in Porto Alegre, which he completed in 2007. He completed a Master’s Degree in the Schizophrenia program at Universidade Federal do Rio Grande do Sul under the supervision of Dr. Paulo Belmonte de Abreu in 2010, and research and clinical fellowship training at the University of Toronto under the supervision of Drs. Jeff Daskalakis and Alexander Simpson in 2014. He then became an Assistant Professor at University of Toronto and staff psychiatrist at the Centre for Addiction and Mental Health (CAMH), where he worked until 2019.

Dr. de Jesus' main research interest is the neurophysiology and treatment of psychiatric disorders using transcranial magnetic stimulation (TMS). He has been involved in studies using TMS to study the role of cortical inhibition and plasticity as potential pathophysiological mechanisms in schizophrenia, depression and obsessive compulsive disorder. Dr. de Jesus has also participated in treatment studies using repetitive transcranial magnetic stimulation (rTMS) in these disorders. He has several peer-reviewed publications in prestigious journals such as Neuropsychopharmacology, Schizophrenia Research and Cortex.