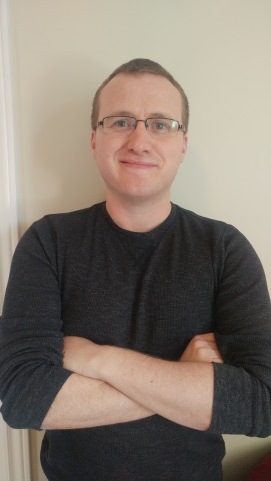 What is your hometown? London, Ontario.

Hobbies? I’m pretty nerdy and love myself a good sci fi/fantasy novel/movie/TV show. I’m also pretty interested in getting back into Krav Maga (Israeli Defense Force martial arts) as there wasn’t a trainer where I previously posted. I’m an avid video gamer and my wife collects board games (back to Nerd stuff). I also love to cook, taste wine, and collect scotch whisky.

What is your greatest accomplishment? Emerging victorious from any board game match-up with my wife (she is ruthless, and this is rare occurrence). Resident Teaching Award in Family Medicine gets a honourable mention.

What is your favourite sound? The Sound of Silence.

What is your favourite colour? Blue. But not the Air Force blue.

If you weren’t a psychiatry resident, what would you be? I was a family doctor in the military for 4 years prior to returning to residency. If I had stayed in my previous occupation, I would likely be a Brigade Surgeon for one Canadian Armed Forces Field Ambulance Units. This is a really cool job title, for someone who gets to attend a lot of meetings and do paperwork.

What is your most treasured possession? US Armed Services Challenge Coin for Star Wars Trivia at the premier of Star Wars: The Last Jedi while deployed to Iraq. I won 3.

What is your favourite restaurant in Kingston and what do you order? Greco’s. The Traditional Greek Salad.

What’s your motto? Gloria Merces Virtutis – ‘Glory is the reward of valour.’ (My Scottish Clan Motto)

Which superpower would you like? Pre-cognitive Clairvoyance. (The Golden Path)