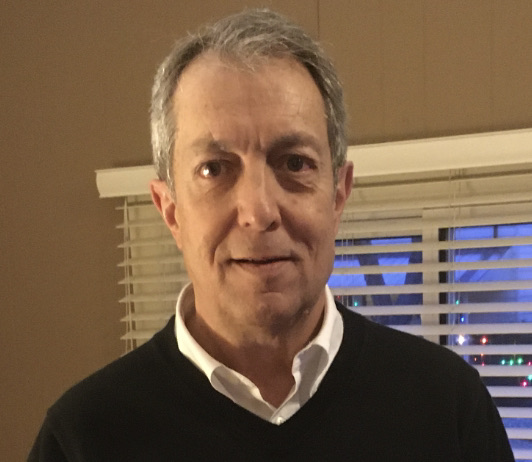 Paul completed his undergraduate education in psychology at Queen’s University, Kingston, Ontario, Canada in 1974 and his Master of Social Work at Wilfrid Laurier University, Waterloo, Ontario, Canada in 1978. He worked in child welfare for 4 years before coming to the former Kingston Psychiatric Hospital (KPH) in 1980. KPH became Providence Care, Mental Health Services (MHS) and in 2017, joined with St. Mary's of the Lake Hospital to become what is now Providence Care Hospital (PCH). Paul was the first social worker on the Treatment Evaluation Unit, a research and special investigations unit that later became the Mood Disorders Research & Treatment Service. Paul was also the Professional Practice Leader for Social Work, first at MHS but eventually at both the MHS and St. Mary's of the Lake sites of Providence Care until his retirement in October of 2016. He is now working as a casual social worker at Kingston Health Sciences Centre, Kingston General Hospital site and is a Departmental Assistant at Providence Care Hospital on the Mood Disorders Outpatient Service.

Paul developed an interest in psychotherapy and completed a postgraduate certificate in long-term psychoanalytic psychotherapy from Smith College School for Social Work in Northampton, Massachusetts in 1983. He began training in interpersonal psychotherapy in 2000 and was a study therapist for the Canadian Cardiac Randomized Evaluation of Antidepressant and Psychotherapy Efficacy (CREATE) trial, published in 2007. As a clinician Paul spent much of his time engaged in the assessment and treatment of severe mood disorders with a focus on individual and group interpersonal psychotherapy. He teaches and supervises residents in psychiatry in this treatment modality and has been an Adjunct - Lecturer in the Department of Psychiatry at Queen's University since 2007. He is now also training three staff psychiatrists in the Department to the International Society of Interpersonal Psychotherapy (ISIPT) level of therapist certification.